Coronavirus and the Prayer of Daniel 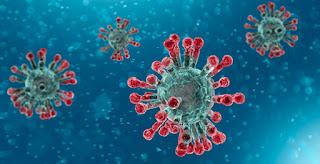 I was reading through Daniel 9 the other day and there were two verses that leaped out at me as soon as I read them.  Daniel 9:13-14 reads:

As it is written in the Law of Moses, all this calamity has come upon us; yet we have not entreated the favor of the Lord our God, turning from our iniquities and gaining insight by your truth. Therefore the Lord has kept ready the calamity and has brought it upon us, for the Lord our God is righteous in all the works that he has done, and we have not obeyed his voice. (Dan. 13:13-14, ESV)

Immediately after I read those verses, I was struck by the parallels between Daniel’s situation and our own in the midst of a pandemic.  Both of us are experiencing a calamity, and our nation’s response unfortunately seems to be the same as the response of God’s people during Daniel time.

I want to be clear – Daniel’s situation is not an exact parallel of ours.  In Daniel 9, we are told that Daniel recognized that the 70 years of Jewish exile in Babylon predicted by the prophet Jeremiah were almost over.  As a result of his realization, he devotes extensive time to prayer, confessing the sins of his people and asking God, in his mercy and forgiveness to restore them to their land.  His prayer can be found in Daniel 9:3-19.

The calamity that has come upon them is one predicted by the Law of Moses.  In places like Leviticus 26 and Deuteronomy 28, the people of God are warned of the curses for disobedience, which included defeat at the hands of their enemies and captivity far from their homeland.  In his prayer, Daniel confesses that his people deserved such a calamity – they were aware of the price of disobedience and disobeyed anyways.  Daniel seeks God’s face, asking that this time of calamity would come to an end.

We too are experiencing calamity.  While it would be unwise to tie the COVID-19 situation to a specific Scripture passage, the pandemic we are experiencing is the result of sin.  In the broadest sense, since human sin has corrupted each of us as individuals and all of this world we live in, we can fairly say that sin is ultimately behind the COVID-19 epidemic.

What I was struck by as I read Daniel’s prayer was the response of his people.  Despite the calamity they experienced at the hand of God, the Jewish people did not entreat God’s favor, they did not turn from their sins and they did not gain insight from God’s truth.  As a result, the Lord has “kept ready” the calamity.  This phrase refers to God watching over the calamity and allowing it to continue until the time allotted to it has passed.  Because God’s people had not obeyed God’s voice, their calamity continued.

We too are in the midst of calamity – a worldwide pandemic.  How have we responded to it?  We have social distanced ourselves.  We have shut down our economies.  We have sought out drugs and researched vaccines.  All these things are likely necessary responses.  But have we turned to God?  Statistics show that instead of turning to God, we have turned to other things.  Streaming services are up 34% as people are stuck at home and turn to entertainment as an answer.  Alcohol sales are up 25 to 40%, depending on the type of alcohol, despite the fact that alcohol is readily available and liquor stores remain open.  Marijuana dispensaries, open because they are deemed “essential” businesses, have seen sales spike between 33 and 75 percent, depending on the state.  And pornography use has spiked in the US and worldwide by 18%, with some major pornography companies seeing the pandemic as an opportunity to get more people addicted to their “product.”

Let’s remind ourselves of Daniel’s words.  God’s people had calamity brought upon them, and they did not call out for God’s favor, they did not turn from their sin and they did not seek insight into these things in God’s truth.  Sadly, we are no different as a nation.  This is a time for us to be different as believers.  To use our extra time to entreat the favor of God.  To use this time for gaining insight into God’s truth as found in God’s word.  And instead of diving even deeper into sin, to ask for the transforming grace of God to empower us to increasingly turn from our sins and seek the face of the One who loves us and gave his One and Only Son so that we could know Him and live for Him, both now and for eternity.

Jeff Boschmann
Jeff is happily married to Miriam and is the proud father of four great kids. He serves as the pastor of Lolo Community Church, Lolo, MT.